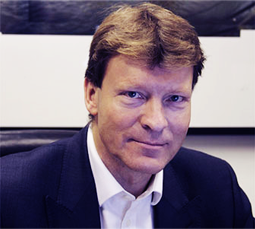 “I am delighted David has agreed to join the Board of Leave Means Leave.

“David has played a crucial role in securing victory for the Leave campaign during the referendum, going on to serve in the Government working at the very heart of delivering a clean, swift Brexit.

“His understanding of the complexities we face going forward and the contacts he has developed throughout Europe are huge assets he can bring to Leave Means Leave.

“We look forward to working with him.

“I am also delighted to announce that an additional thirteen Members of Parliament have agreed to become official supporters of the Leave Means Leave campaign.”

“Exactly one year ago today, the people of this country voted to leave the European Union.

“They did so for strongly positive reasons: to restore British parliamentary sovereignty; to regain the right to decide who should enter and live within our borders; and to promote a confident, outward-looking, global Britain. They voted to take control of their own destiny.

“Twelve months on, I am pleased to become a board member of Leave Means Leave, which is working to ensure that the spirit of confidence and optimism that was behind last year’s historic vote continues to inspire the process of withdrawal from the EU and the development of our new world role.

“The United Kingdom is a great country and now stands on the threshold of an exciting new period in its history.  With hard work, determination and imagination, we can secure a future of independence and prosperity, and ensure that our country remains an influence for good throughout the world.”